I just uploaded the vlog of my trip home to Ireland and it honestly feels so strange to be back in Paris. I’ve spent the past week trying to settle back into life in France but I had such an amazing stay in Ireland that I couldn’t help but feel especially homesick even before I got back on the plane again.

Everything about going home just felt so surreal, being in my own bed, seeing my old bedroom in my parents house and all of the things that I left behind, not to mention the hometown that used to be apart of my everyday life. It’s crazy to think that now that I live in Paris, none of that is in my routine anymore. Going home to Ireland felt so nostalgic and so bittersweet and the time went by so quickly it almost feels like I dreamt it. 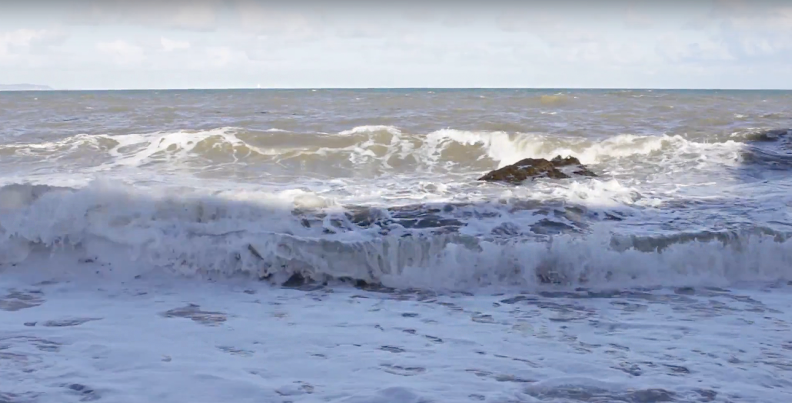 The first place I went to when I landed home was of course the beach. It actually felt so refreshing to be back by the waves again. When you grow up with the open spaces and broad horizons of the sea, it quickly becomes one of the first things that you miss the most when you move to the big city. Watching the water wash forward and back used to be my favourite way to clear my mind. Having to adapt to a life away from that was a hard adjustment to make in the beginning.

In this outfit as you guys can see I’m wrapped up pretty snuggly. (I was even wearing another jumper and a thermal vest underneath the outfit that you guys are seeing!) I forgot that in Ireland it is always extremely cold, especially this time of year. I’m definitely not used to it anymore and it really shocked me after coming from France, especially by the sea where the air was especially chilly. That being said though, it definitely felt amazing to be back in my Irish attire, all bundled up and cosy in my layers. My best friend during this trip became my Docs because they’re so sturdy and stylish so they were perfect for mastering the Irish terrain not to mention the weather. The second place I went to was Dublin city centre. If you guys want to see glimpses of the city then I suggest you check out the vlog. Unfortunately I really only had the chance to film at night because during the day I was shooting this outfit and visiting family. But just look at that street art. There are so many hidden treasures to be found around the streets of Dublin. The North Side especially has a lot of character which I definitely didn’t appreciate at the time when I lived there.

Finally I paid a visit to Glendalough in County Wicklow. This was definitely the most beautiful place I went to on my trip home and I had never seen it in the autumn before. Just look at those colours! If you guys haven’t seen the video I made there then I’d definitely recommend checking it out because honestly this place is just so ethereal, everything about it is just stunning and it also fits the postcard vision of Ireland perfectly.

And that’s it for my trip to Ireland. Be sure that you guys check out the vlog here. I went out on a night with my friends and it was hilarious. We filmed quite a lot of our time together so do give it a watch if you’re in the mood to see us being a little silly. There’s also the scene at the beach which honestly looks even more beautiful on camera. I seriously can’t wait for you to see it.

Thank you guys so much for reading and I’ll see you very soon in our next post!

3 thoughts on “Back in Ireland”