This  past week I have been absolutely dying to escape the bustle of Paris and head to the countryside for a couple of days. My cousin, Mairéad lives a quick train ride from Paris in the North of France so we decided to spend a few days together in a small, but very charming provincial city called Beauvais.

Obviously with every opportunity that comes with travelling, there also comes the opportunity for new blogposts and vlogs so expect one coming to the channel after this weekend!

On Friday evening I took the train from Gare du Nord and arrived in Beauvais just after the sun had set. Snuggling up comfortably with a book in-hand, on board one of France’s high speed trains as it speeds you smoothly over the countryside really is the perfect end to a busy week in the city. Especially when the sunset is as beautiful as it was that day. 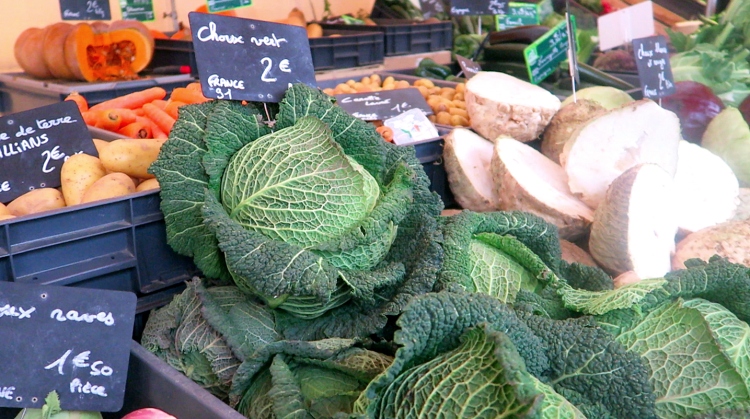 The first thing on the agenda was to pay a visit to the Farmer’s Market, which happens in Beauvais every Saturday morning. It’s funny how I’ve never given much attention to markets like these before, even though they’re quite common in France. It’s amazing how much cheaper it was shopping here than in the supermarket.

What I absolutely loved about going to the market is the fact that it’s such an ethical way to shop. All of the food is entirely seasonal and completely organic, so no pesticides are sprayed on the fruit and vegetables whatsoever. Buying from the farmers produces no waste because they don’t cover their produce in plastic packaging and also it’s a great way to support small and local businesses. That definitely has to be good karma.

Mostly every provincial town and small city in France will have a place or town square as we say in english, and  Place Jeanne-Hachette in Beauvais was almost too charming for words. Both the clocktower and the old-style carousel at either side of the square give the place such a nostalgic feel. It’s also surrounded by a lot of cute little shops and cafés that were great to stop into when we we needed to recover from the icy chill of the wind and the snow. 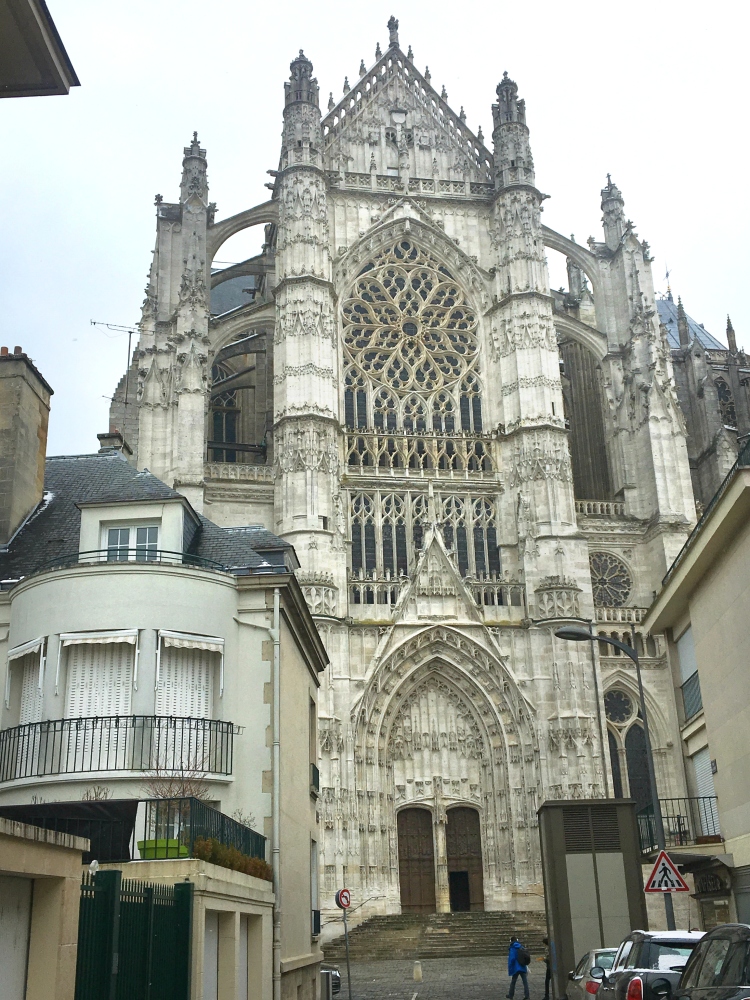 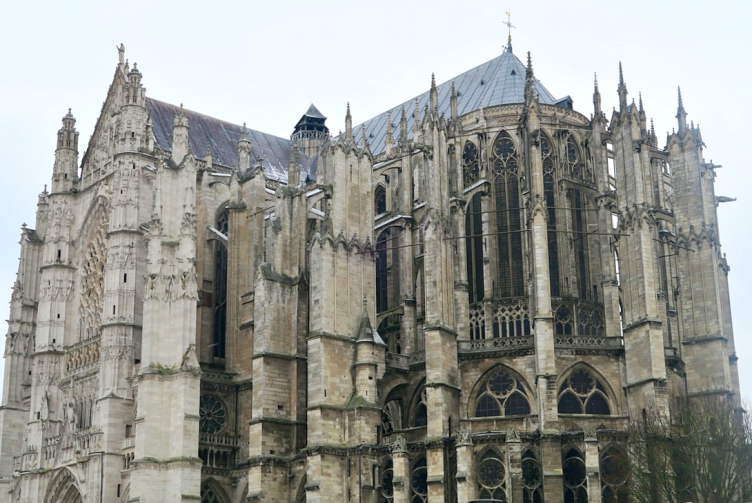 If there’s anything in particular that is striking about Beauvais, it has to be the Cathedral, which apparently is the tallest in France. However its construction was never finished. The whole building was just mesmerising, particularly around the front with its gothic arches and intricate detailing from top to bottom. I honestly couldn’t stop taking photographs of it. The building was just stunning. 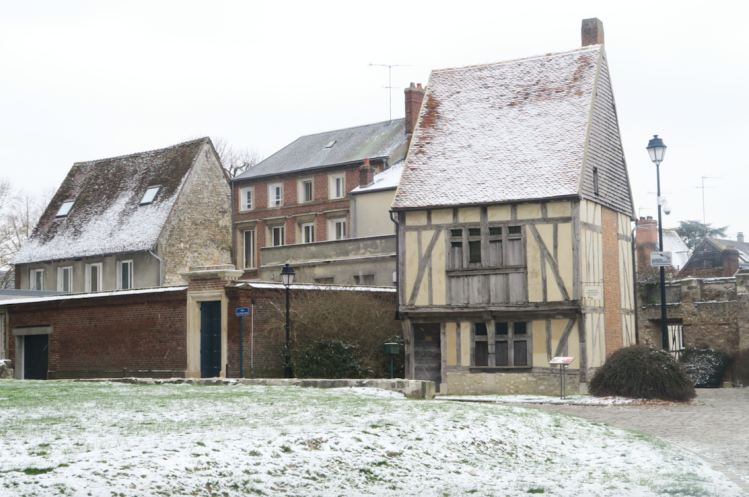 Behind the Cathedral is this little old house. Apparently it’s the oldest in the city. Just look at how lovely it looks in the snow. It’s like something out of a fairytale. 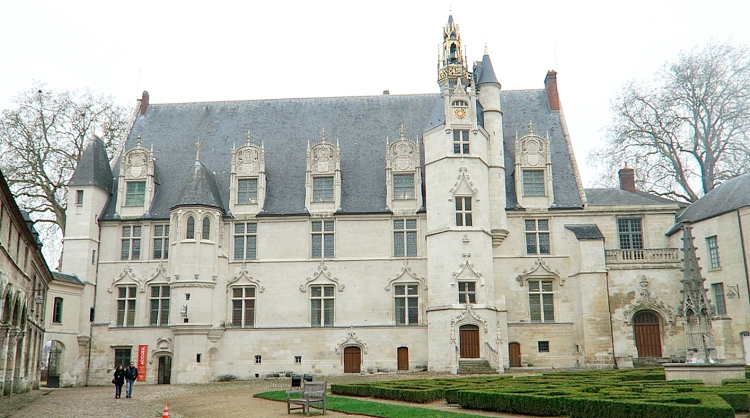 One of my favourite places to see in the city was the Musée de l’Oise which was a 19th century art museum located in an old palace. Coming across this in Beauvais was like finding a hidden gem in the city because it’s located behind a flank of medieval walls, so it would be easy to walk past without noticing. The courtyard and garden all around the front of the castle made the scene like something out of a dream and escaping the cold to look at the paintings inside was the perfect way to warm up from the snow. 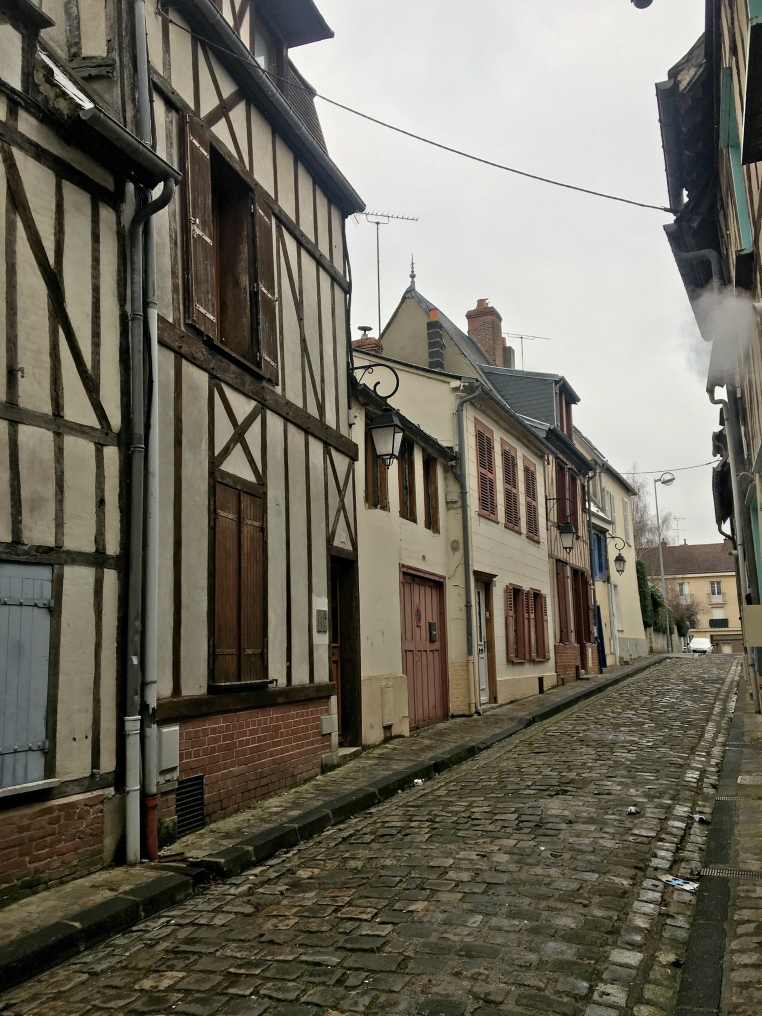 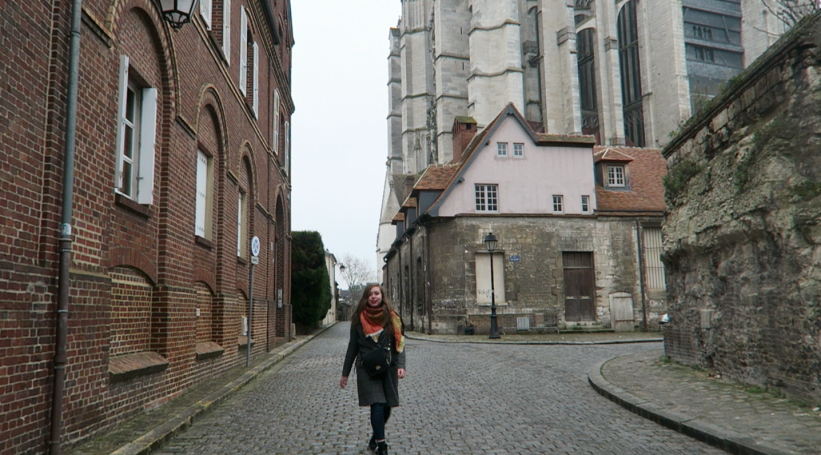 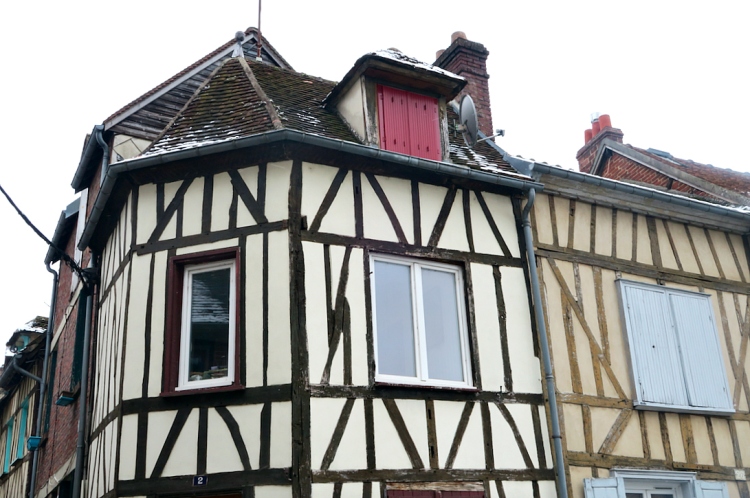 After lunch it was time to explore the old part of the city. Much like many cities in the North of France, much of Beauvais was destroyed during the First World War, so a lot of it is quite modern and there are many styles of architecture that contrast quite a lot from one another.

However there still are many houses that are quite historic and many of the narrow little cobbled streets that have been there for centuries remain intact today. Exploring this side of the city was just the ultimate  feast for the eyes as each building was more colourful than the last.

The highlight of the trip was of course getting to see my cousin, Mairéad. Because she comes from New York and I come from Ireland, it’s rare we get to see each other. But having her here in France with me is just amazing.

And that’s it for this post! Be sure to keep an eye on the channel after the weekend for the vlog that will be up soon.

For the time being I’m off on another trip again, this time to Lille so I can’t wait to share yet another adventure with you guys.

Thank you guys so much for reading and I’ll see you very soon.