Some creepy things and some fun things to watch this Halloween. 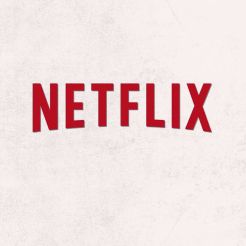 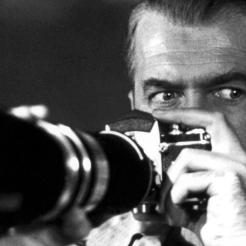 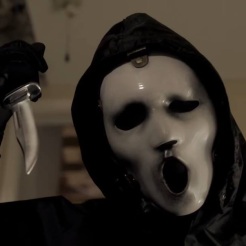 Halloween is almost here and to really help myself get immersed in the mood of the spooky season, I decided to pick out some of my favourite movies and tv series on netflix and share them with you. While these definitely fit the dark atmosphere of Halloween, I tried for the most part to stay away from anything that blatantly fell too much into the horror genre. so instead I went with some things that were a little different, but definitely much more mysterious, dark and eerie. Let’s start!

The Others is really dark and really strange, unnerving and unsettling, without it being in any way terrifying. The story revolves around the arrival of a creepy old maid and suspicious gardner at the old, dusty country house of an overly protective and seemingly psychotic mother. The entire house and the children who live there are kept completely in the dark everyday. And when paranormal occurrences start to become more and more frequent throughout the manor, the whole story becomes thrilling and mysterious as the characters attempt to comprehend the ongoing terror spreading all throughout the house. The Others has a really sinister vibe all throughout the movie, with the added bonus of a clever ending, which is why I think it’s a perfect movie for Halloween.

Pan’s Labyrinth is such a wonderful movie to watch at Halloween, or even during any spooky or lonely night. It’s so dark, disturbing and utterly chilling on so many levels. One of the main characters is a blood-thirsty and wicked war captain during a 1944 Francoist Spain, while the main story follows the nail-biting adventure of a young girl as she journeys through the mystifying, magical and dark underworld found in the labyrinth. The whole movie contains a lot of strange and uncanny images of fairies, beasts and ferociousness that are just so unique, so imaginative, and so intense that they stay engraved in your mind for such a long time after watching it. The monsters are nightmarish and disturbing, and the gory war-time scenes are all so shocking and terrifying. That said, the world of fantasy and magic it creates is just so breathtaking and spectacular that it renders the movie a must-see for anybody like myself who admires more creative approaches to cinema. This is one of the most amazing films I have ever seen and I’ve never been able to find anything else like it. If you’re looking for something unusual and memorable to watch, then Pan’s Labyrinth is definitely going to be the perfect thing for you.

The Netflix Scream series is a lot of fun to watch whether you’re on your own or with friends. While there are some scary parts, it really doesn’t get all that terrifying until near the very end of the first season. What I just loved about this series was the fact that it’s both a high school drama and a horror at the same time so you can guarantee it’s pretty action packed . Of course it follows the same concept as the movies, the killer is never who you think it is and you’re constantly on the edge of your seat trying to figure out the mystery. As I said, it’s just so interesting and entertaining to watch a show like this. Have some friends over and you’ll be in for both a good laugh and a good scare. ^_^

You can’t go wrong with Alfred Hitchcock if you’re looking to see something creepy this Halloween. Have you ever seen that episode of the Simpsons where Bart breaks his leg and thinks he sees Ned Flanders killing his wife? That’s pretty much what Rear Window is about, except much more gripping and mysterious. It’s one of those classics everybody should see.

A movie based on the board game, Cluedo, so you just know it’s going to be good. I loved this film because the events are just so ridiculous and so silly and it’s also full of hilarious clichés that you just can’t help but laugh at. Clue follows the same principal as the game. A murder is committed and as events unfold, you become a step closer to finding out who did it. If you’re not into horror but still want to watch something with a spooky atmosphere then I would definitely suggest Clue to you. ^_^

So these are just some of the things I’ve really been enjoying this October as I look forward to Halloween. As you can probably guess, none of them are really all too scary ,but I still thought they matched the Halloween mood nonetheless.

Have you been watching anything scary? Or do you have any recommendations for me? I’d love to hear all about it in the comments below. ❤

BE HAPPY ♥ BE HAPPY